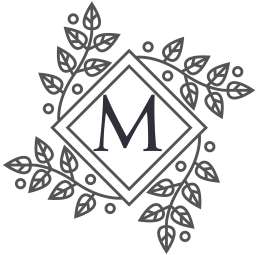 How Do We Interpret the Mind-Body Connection?

When referring to the mind-body connection, I imagine that most of us have some sort of idea as to what it entails—and I would argue that most of our ideas likely don’t come near describing the concept entirely (my own included).

During my college years, I was taught about another now-popular concept called mindfulness. I was experiencing frequent, debilitating panic attacks, and my therapist at the time was attempting to train me to use mindfulness to mitigate these uncontrollable episodes of terror.

I made some progress, but I never truly “got it.” Everything about mindfulness sounded so simple—pay attention. Pay attention to how your feet feel when you walk or how your food really tastes or how your clothes feel on your body.

Mindfulness asks us to notice sensations and occurrences we’ve largely taught our brains to block out. After practicing these tasks, though, I felt underwhelmed. I believed I was doing it exactly right, but it wasn’t putting a huge dent into my life or into my panic attacks.

I felt the same way after learning about the concept of the mind-body connection. Both of these so-called wondrous concepts left me wanting to say, “Ok, cool. So what?”

When I began running on the treadmill a year or so later in another effort to quell my anxiety, I thought: Okay, *now* I understand the mind-body connection.

My newly fit physique had my attention; I noticed my muscles, my strength, my endurance – all without even trying. I felt good about myself and proud of what my body could do. This must be it, right?

I felt more connected to my body than ever before! But alas, I was wrong.

The mind-body connection extends far past basic mindfulness and an ability to deduce that I’ve got a tension headache.

Currently, I work with the body every day. I stretch daily; I exercise regularly; I use my body very intentionally when I massage; and I attune myself to the aches and pains of my clients’ bodies to the best of my ability.

Thanks to my lifestyle, my brain is almost always listening to the body. What’s more, I now have the knowledge and vocabulary to process what I hear better than I ever have before, which is awesome! But human beings are so much more than muscles and bones and occupations.

We ignore so many of our own abilities and emotions. In fact, there are probably very few Americans on the whole who seek to understand what the body and mind tell one another behind our backs. We’ve separated and diminished the concept to a point where no one even strives for a deeper understanding.

Why would we, when there’s so little leading us in that direction?

We’re pointed towards treating the brain (mental health) with reflection and medication and the body (physical health) with exercise and diet (but also with medication when the former roads go untraveled). Meanwhile, the mind is a somewhat vague concept that floats around the brain and body.

Few of us really respect and appreciate these two entities that together make us whole; we are mind and body.

Let’s look at an example of what I’m talking about.

If I ask you, “What is your neck, and what does it do?” you might say:

These would all be valid answers, but answers that stop at the basics of what we were taught to know (which makes sense – it’s not a shameful thing by any means).

However, if we look at what it means for our minds and bodies to truly function as a unit, the neck also holds the great duty of connection between intelligence and emotions.

Every time we subconsciously decide to think or to feel, the neck serves as a routing system—an unaccounted-for job of magnificent importance.

In cases of neck tension, there is often a link somewhere in the past or present to the neck having pushed away emotions, up to the head rather than down to the heart. “Locking feelings away” or avoiding feelings, we might say.

We can likewise cause ourselves physical pain and discomfort by ignoring thoughts in favor of wildly experiencing emotional responses.

This helps to illustrate the mind-body connection.

Though we should all be so lucky as to acquire this understanding in its entirety, we start from different places. Some folks genuinely have no idea that their mental/emotional stress (current and past) is causing them physical pain.

Others may be aware of bodily tension and see a connection between their overall state of being and their bodily responses, but vital information is missing to use that awareness to help heal the situation.

I’ve been in both positions and still am in both, situation-depending, and I’m frustratingly aware that this common level of the mind-body connection is only so useful.

There’s so much more to learn to achieve consistent balance as a human being, and who doesn’t want that? Who today doesn’t wish they had reserves of monk-like peace within them?

While we take notes from Marie Kondo, watch others clean their homes on YouTube, purchase organizers and planners and try so hard to control what’s around us, the irony is that looking inward is the only way to achieve the sense of calm we crave.

Connecting our minds and bodies to the greatest potential both requires and offers so much more than we know. We must be open to accepting that our bodies can and will tell us everything we need to know, if we learn to fully listen. It’s not a skill that needs to or should die as some mystical memory of the ways of our more-primal ancestors.

Pains and other feelings we push aside manifest in a correlating place of our bodies, and they can do so to an alarming degree if we let them. (Ever heard the phrase stress kills? It’s not a joke – it’s a literal truth.)

High blood pressure, headaches, feeling winded, feeling fatigued, getting dizzy, trouble swallowing, sweating, nausea, being flushed, having a dry mouth, and having difficulties sleeping are just a few examples of symptoms that can manifest due to our emotions alone.

The physical response follows and directly stems from the mind’s response.

Of course, this also can and does contribute to muscle tension, muscle weakness, and other muscle dysfunctions, which is why acknowledging accidents, traumas, and stressors is such an important factor in massage therapy.

Your muscles hold memories—those emotions, experiences, and mental responses which were ignored or otherwise never healed.

The mind-body connection encompasses an everyday effort on our part to be unafraid, to be humble within ourselves, to listen and then process what we hear, and to wholly accept. If we can practice this discipline, we can continue through life with our health and wellbeing as companions rather than concepts we fight with and for ceaselessly.

I'm so excited to be here in Cahaba Heights, supporting our community with relaxation, stress relief, and pain mitigation. I love it here, and I hope you'll love me being here, as well!